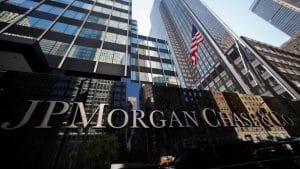 On Sept. 29, the Commodity Futures Trading Commission (CFTC) concluded what has been the largest-ever settlement imposed by the derivatives regulator according to Reuters.

The bank has been engaged in a pattern of market manipulation in the precious metals futures and U.S. Treasury futures market between 2008 and 2016 the regulator stated. JP Morgan failed to identify, investigate, and stop the behavior, even after a new surveillance system flagged issues in 2014, the CFTC added.

Who is The Fraud?

JP Morgan chief executive Jamie Dimon once called Bitcoin a fraud, stating; ‘If you’re stupid enough to buy it, you’ll pay the price for it one day.’

As it turned out his bank is the one paying the price now having to stump up over $920 million in fines and damages. According to reports, the bank will pay $436.4 million in fines, $311.7 million in restitution, and more than $172 million in disgorgement.

Commodities traders at the Wall Street bank would place orders on one side of the market which they never intended to execute. This would create a false impression of buy or sell interest that would increase or decrease prices, creating fabricated or ‘spoofed’ market sentiment.

JP Morgan along with HSBC dominates global flows of gold and silver trading so the actions had a large impact on markets at the time.

In a related report, the US Department of Treasury’s Financial Crime Enforcement Network (FinCen), stated that JP Morgan Chase, in addition to the Bank of New York Mellon, Deutsche Bank, HSBC, and Standard Chartered have processed trillions of dollars in suspicious transactions.

RT’s Max Keiser, who is an ardent Bitcoin advocate, stated;

“For 11 years, I’ve been saying that JPMorgan and Jamie Dimon have been funding terrorism. Now, FinCen says exactly the same!”

‘For 11 years, I’ve been saying that #JPMorgan and Jamie Dimon have been funding #terrorism. Now, FinCen says exactly the same!’, @maxkeiserhttps://t.co/9Qo4RGny5Y

Rackets such as this from the world’s largest banks give more strength to Bitcoin every day they get exposed. Over the past decade alone, global banks have been fined more than the entire market capitalization for all crypto assets for a range of nefarious activities.

The world’s biggest banks are now being revealed for the frauds that they are, and we can say with renewed confidence that Bitcoin does indeed solve this.

The original post Why JP Morgan Getting Fined $1bn For Market Manipulation is Good For Bitcoin.