Compound Price Analysis: COMP/USD In A bullish Phase Despite Rejection From $247 Monthly High 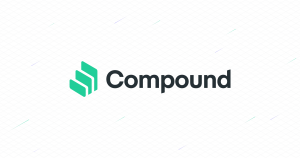 Compound roared to highs above $240 towards the end of the American session on Tuesday. The Asian session on Wednesday has been characterized by increased seller dominance to the extent a reversal occurred with declines making it under $220. On the positive side, support seems to have been established above the 61.8% Fibonacci retracement level of the last drop from $247.18 to a lower price level at $152.68.

A bullish reversal is underway at the time of writing with COMP/USD exchanging hands at $225. As more and more buyers to join the market, Compound is set to continue roaring upwards. However, the magnitude of the bullish leg is not known as of now.

Looking at the token from a technical angle, we can tell that it is indeed in a bullish phase. In other words, the influence buyers have over the price is likely to stick in the market a while longer.

The Relative Strength Index (RSI) is drawing closer to the oversold (70). This follows a retreat from the overbought to the level at 66.94. As it re-enters the region, buying entries are likely to increase. This way, the volume will grow and the only way for Compound would be upwards.

The bullish grip is also emphasized by the gap the 50 SMA is making above the longer-term 100 SMA in the 15-minutes timeframe. In addition, the Moving Average Convergence Divergence (MACD) is holding ground within the positive region (precisely at 11.57. It also features a minor bullish divergence of 0.13 to further highlight the bullish picture. For now, support at $220 would be key to gains above $230 and even $240.