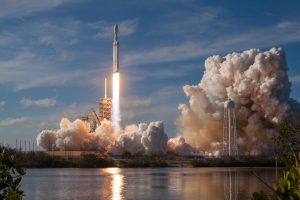 Altcoin, Cardano [ADA] seems to be witnessing an array of advances as the social volume of the network and the price of the coin were seen surging. The coin was trading at $0.08022 with a 24-hour price change of 3.04%, at the time of writing.

Cardano [ADA] Price Improves, All Thanks To The Shelley Mainnet!

Cardano has been endeavoring to roll out the Shelley mainnet for quite some time now and just last week, the Cardano Node 1.12.0 update which strives to deliver advancements to Cardano Byron on mainnet was released on the Cardano mainnet. This development remains pertinent to Shelley as well as the testnet. The post further read,

“….it includes the integration of the majority of the Shelley features within the node and corresponding support in the command line tool that are pre-released and being tested on the Cardano Shelley Testnet.”

The Cardano Forum’s recent blog post also highlights the 58 pioneer stake pools operating on the Friends and Family testnet. Since these pioneers are expected through next week while testing the nascent network, the digits are anticipated to improve.

Speaking about the Shelley-era, the co-founder of IOHK, Charles Hoskinson had stated,

“Looking ahead, the implications of this transition are enormous. Shelley will set the stage for a fully distributed network, and an entirely new application ecosystem with even greater things to come in the Goguen, Basho, and Voltaire eras.”

While the community has been preparing for the Shelley era, an online data curation platform, Santiment revealed that the social volume of ADA had witnessed a paramount spike towards the end of May, specifically during the announcements pertaining to the Shelley testnet.

The price of ADA was also seen surging and even hit a high of $0.0842 on 31 May 2020. In the current market situation, almost every coin is experiencing a skyward trajectory. Some speculate that the nationwide riots in the United States of America are the reason behind it, whereas a few others believe that the correlation of altcoins and Bitcoins could be the case.

As per Coin Metrics, the co-efficient of correlation between ADA and BTC was 0.85. This data further adds weight to the fact that ADA is following Bitcoin’s price movement.

To conclude, if ADA’s price perpetuates to trail behind that of BTC, the altcoin is speculated to breach its antecedent ATH.