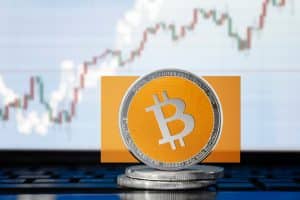 Bitcoin Cash recently recovered from the Thanksgiving Day crypto crash. The losses on Thursday last week failed to embrace support at all the three moving averages; the 50 SMA, 100 SMA, and 200 SMA on the 4-hour chart. Buyer congestion at $250 saved the altcoin from diving further.

The rebound from the crucial support reclaimed the position above $300 earlier this week. However, BCH hit a wall at $320, cutting short the anticipated spike to November’s peak at $373. A correction came into the picture, pulling Bitcoin Cash into a 13% dip.

Meanwhile, BCH/USD seems to have embraced support at the 100 SMA, highlighted at $280. The price is doddering at $289 amid the push to recover the lost ground toward $300. On the upside, movement is likely to be limited at the 50 SMA, slightly under $300.

The resistance at the 50 SMA and the support at the 100 SMA might keep Bitcoin Cash in a range before a breakout comes into the picture. Trading above the 50 SMA and the hurdle at $300 will call for more buy orders as the uptrend heading to $373 and $400 is validated.

On the downside, it is essential to hold above the 100 SMA to avert looming declines back to the primary support at $250. The 200 SMA is in line to absorb some of the selling pressure, preventing BCH from diving massively towards $200.

The original post Bitcoin Cash clasped between key resistance and support after a massive 13% drop.