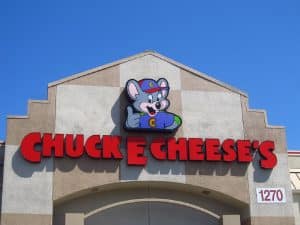 Chuck E Cheese, a restaurant chain, has been described as “adored” and a “Mecca for children.” Barely a year after falling into the Bitcoin trap– ridiculing the world’s most valuable coin when the co-founder of Product Hunt innocently compared its token with BTC, the chain is broke.

Thing is, crypto twitter don’t take insults lying. They will dwell on it for days on end.

To each his own fake currency…

Therefore, it was no surprise that when CEC Entertainment–the parent company of restaurant chain, filed for bankruptcy protection, crypto enthusiasts didn’t hesitate to retrieve the Bitcoin vindicating tweet.

The 43-year-old chain simply couldn’t absorb the extended closures after governments all over the world ordered lockdowns to curb the spread of coronavirus.

Therefore, on June 25—and with news that it had long been suffering even before the pandemic, they filed for bankruptcy protection under Chapter 11 Filing with the U.S. Bankruptcy Court in southern Texas.

In their case, the chain that operates 734 restaurants in 16 countries listed $2 billion in debt which is more than their $1.7 billion of registered assets.

“The Chapter 11 process will allow us to strengthen our financial structure as we recover from what has undoubtedly been the most challenging event in our company’s history. Chuck E. Cheese will certainly not be the last pandemic-inflicted bankruptcy, but it will be one of the most interesting to follow.”

Bitcoin, the majority said, managed to survive the bludgeons of Coronavirus without government intervention.

REMINDER: Oil went to $0 and Chuck E Cheese filed for bankruptcy, while Bitcoin was the best performing asset class during the economic crisis.

After dipping to around $3,800 in mid-March, the world’s most valuable coin has snapped back with a vengeance, more than doubling and flirting briefly with the all-important $10,000 level.

Around this time last year when Chuck E Cheese labeled Bitcoin as a fake currency, its price had peaked at around $14,000 and was correcting back towards lows of around $6,000 it registered in late 2019 before rebounding ahead of this year’s halving.

Bitcoin has over the years continue to prove critics wrong. From being tagged as “rat poison squared“, its ability to outlive ridicule and tap on the community’s network effects is unparalleled. It has seen it soar and record multi-billion valuation.