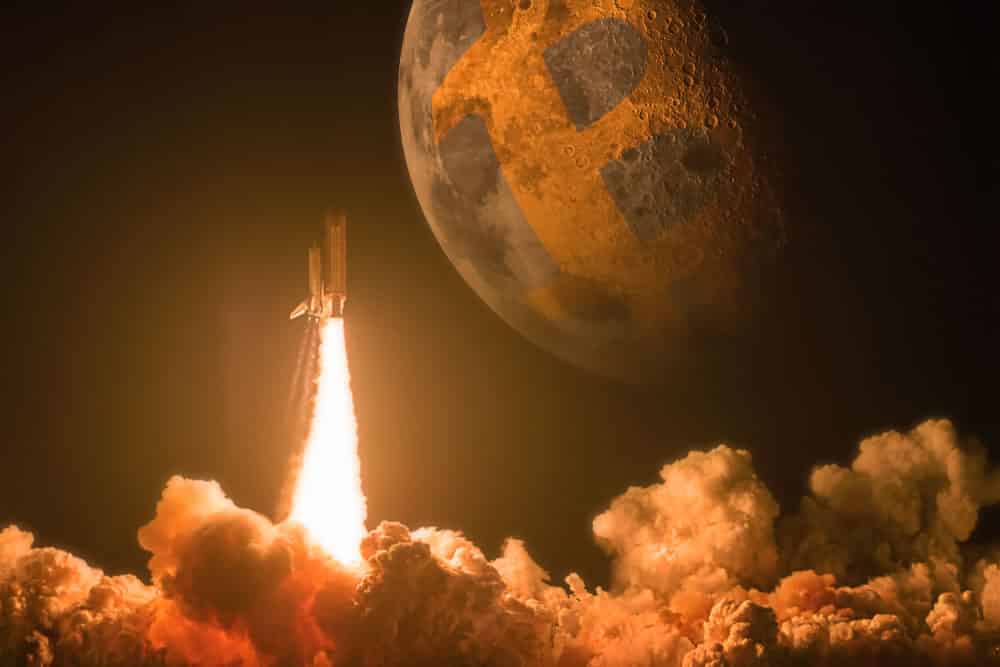 Bitcoin’s monumental move to break $18,450 today has also lifted its market capitalization to new highs, which in turn has lifted that of the entire market back to February 2018 levels.

It has been a tumultuous Asian trading session this morning with Bitcoin prices surging to top out over $18,450 followed by a massive wick back down to the 50-hour moving average at $17,100. This is indicative of a lot of leveraged positions getting liquidated. Since then, BTC has recovered back to the $17,800 level where it currently trades.

The big move has added a further 10% to BTC prices over 24 hours as $1,700 gets added to prices in less than a day. Over the past week, the king of crypto has gained 20% while gains on the month are an even more impressive 60%.

From current prices, there is very little in terms of resistance between here and its previous peak of $20k which came in December 2017.

Its All About Bitcoin Market Cap

The big pump has lifted Bitcoin’s market capitalization to new highs according to data from Glassnode;

Industry experts have commented that the market cap is now a better indicator of overall market sentiment and health than just looking at price alone. In his latest newsletter, co-founder at Morgan Creek Digital Anthony Pompliano explained;

“This is important because I believe the market cap metric is much more important than the price of a single bitcoin. The supply slowly increases, so the total market cap better represents where the market is over time.”

BTC market cap peaked at around $340 billion according to Coinmarketcap, which is $5 billion higher than it was during the December 17, 2017 peak of $20K.

Analyst Nic Carter from Castle Island Ventures wrote a piece on a lot of other Bitcoin metrics that are also at an all-time high. These included wallet addresses with at least $10 in them, open CME futures interest, realized capitalization, BTC options open interest, BTC priced in various currencies other than USD, and Bitcoin held by Grayscale. He concluded;

Bitcoin’s massive move has lifted the total crypto asset market capitalization above $500 billion for the first time since February 2018.

Back then, prices had spiked again on their way down in a rapid retreat that lasted for around two years before levels could regain the half-trillion milestone once again.